Surveys over the past 5 years have unequivocally demonstrated that work-related injury among sonographers and vascular technologists is a serious problem. It is time to address this growing concern. Sound Ergonomics brings together two experts who are leaders in the study and application of ergonomics to the ultrasound profession.

Sound Ergonomics, LLC provides work site assessments and the development of ergonomic programs for diagnostic imaging professionals. The consultation and training that is provided is unique to the healthcare profession. Additionally, exercise programs, adaptive equipment products and equipment recommendations for environmental solutions are available and are specific to the needs of medical and veterinary practitioners.

Sound Ergonomics, LLC also provides consultation services for ultrasound system manufacturers as they develop new ergonomic systems and for the designers of other exam room equipment.

The mission of Sound Ergonomics, LLC is to support the community of allied health professionals, and to develop and preserve the health and safety of these professionals. 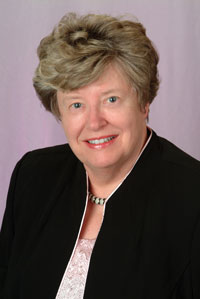 More recently she was president of SDMS from 1997-1999. She has specialized in ergonomics since 1995 and the impact of WRMSD on sonographers. Joan testified to OSHA on ergonomic standards in the Clinton and Bush administrations and chaired the SDMS International Consensus Conference on Occupational Injury in Sonography May 2003. She was awarded the SDMS educator’s award and the American Institute of Ultrasound in Medicine (AIUM) sonographer of the year award 2003. She is the President and a partner of Sound Ergonomics. She retired from teaching August 2004 to concentrate on ergonomic issues.

Joan has had expert-witness experience in many legal case involving sonographers. She has also testified at the OSHA hearings. and supported the WISHA ergonomic rule resulting in Sonography being considered a caution zone job in Washington State.

Joan became interested in occupational injury in 1995 and has been studying its impact on the field of sonography since that time. She has talked on this subject to sonographers and held tutorials to educate them as to the risks and prevention of these injuries all over the United States, as well as in Canada, Australia, United Kingdom and China. Joan has consulted with many commercial manufacturers regarding equipment and scan-head design. She was the keynote speaker for the SDMS September 25th, 2020 annual virtual conference.

A complete CV is available upon request
Contact Joan 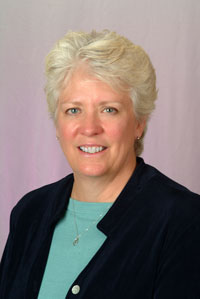 Carolyn Coffin has worked in the field of ultrasound since 1987. She has been the program coordinator for diagnostic medical sonography programs, as well as a clinical sonographer. She has performed exams in and taught a number of ultrasound specialty areas. Her professional activities include serving on the board of directors for the SDMS and the SDMS Educational Foundation, service on several committees of the SDMS, the editorial board for the JDMS, and as a site visitor for the JRCDMS. She is the CEO and a partner of Sound Ergonomics.

Her interest in occupational injuries among sonographers developed through her work with Joan Baker in the SDMS and was the focus of her research while working on a master’s degree in public health.

Carolyn has lectured on occupational injury at local and national professional society meetings and has worked with Joan Baker on hands-on tutorials, an educational video for sonographers, and on the development of other ergonomic products for allied health.

A complete CV is available upon request
Contact Carolyn